It’s not often a political party outdoes its opening position in a fight. Yet that’s what the Republican Party achieved in the clash on Capitol Hill over the US budget for this year. 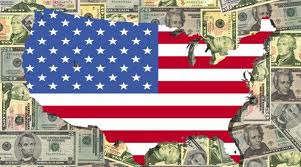 The Republican’s initial stance called for President Barack Obama to slash US$32 billion (A$29 billion) from spending if he wanted the (lower) House of Representatives, which has been controlled by Republicans since January, to pass his budget for this fiscal year. When Democrats offered to negotiate, Republicans then demanded US$61 billion in cuts, as part of their solution for tackling the US federal deficit, now at 10% of GDP, and federal debt burden.

The final outcome was for US$38 billion in reduced spending. This result was nutted out after such prolonged talks between Republicans and Democrats who control the Senate (though the Republicans have the number to block bills), that a partial government shutdown was only just avoided.

The Democratic/Obama surrender was the second capitulation to Republicans in four months on fiscal policy. In December, Obama broke a campaign pledge by extending Bush-era tax cuts for another two years, to win passage for a collection of fiscal measures that included the extension of unemployment benefits.

While economists upgraded their US growth forecasts after the December deal was done (hailing it as a second stimulus passage following the stimulus of 2009), the opposite happened after Obama buckled in April. The spending cuts, on top of higher oil prices and the end of the Federal Reserve’s asset-buying program, are expected to crimp growth.

The worry for the US and global economies is that a bigger fight is underway in Washington between anti-tax, small-government Republicans and a so-far-timid Democrats to work out how to tackle the US budget deficit and soaring US federal debt that threatens to reach 80% of GDP within two years.

The stoush could climax in coming weeks or months as Congress decides whether to raise the nation’s US$14.2 trillion limit on government debt. A higher ceiling is expected to be approved because there would be havoc if it weren’t. But if during the negotiations, Republicans win backing for their debt plan, which threatens to eradicate 80 years of social security reforms implemented by both parties, the US and global economic recoveries may flounder.

The good news for investors is that Democrats are fighting for a less-harsh solution to the US’ fiscal woes. The clash is set to dominate the 17 months until the US presidential and congressional elections in November 2012. Ultimately US voters will decide the winner of the fight and it’s feasible that sound economics could win out against loopy proposals.

What both sides agree on is that the US budgetary position needs addressing. Standard & Poor’s reinforced the urgency for this in a symbolic move on April 18 when it placed the US’ triple-A rating on negative watch, its first downgrade to the US rating in the 70 years the company has monitored its home country.1 S&P acted days after the IMF called for a “credible plan” to return to budget surpluses from fiscal 2015.2

There are some on offer. The president’s fiscal commission in November last year presented a plan to lop US$4 trillion from projected deficits within 10 years. Out of that commission, three senators from each party (labeled the “Gang of Six”) are reported to be nearing consensus on a US$4 trillion debt reduction plan.3 The Congressional Progressive Caucus, a Democrat body of lawmakers, has offered a plan to eliminate the budget deficit by 2021, by raising taxes on the wealthy and middle classes while cutting spending.4

These plans could help tackle the US fiscal woes. But make no mistake – the Republican plan unveiled in early April by Paul Ryan, the chairman of the House budget committee, is not the credible solution. The blueprint entails chopping US$5.6 trillion off non-military government spending in 12 years at the same time as tax cuts on the wealthy (worth US$4.2 trillion) spur economic growth.

The tax-cut remedy shows Republicans still believe in the supply-side economics of Ronald Reagan that was labeled “voodoo economics” by George Bush Snr, whose son’s tax cuts for the wealthy and wars in Iraq and Afghanistan kicked off the US fiscal mess that worsened with the country’s financial crisis.

The economics underpinning the plan are based on the same anti-Keynesian thinking that is crippling the UK economy recovery. One year into the UK austerity program and households are suffering their biggest peacetime squeeze on income since 1921 and another recession looks likely.5 Ryan’s plan would do similar damage to the US and global economies.

The Ryan plan is really a shroud for an attack on the role of government in US society. Among its drastic aims is one to reduce what can loosely be called safety-net spending from 12% of GDP in 2010 to 3.5% of GDP by 2050.

The plan, which was passed by the House of Representatives on April 15 but has no hope in the Senate, is so drastic it has finally spurred Obama into action. His speech on April 13 to outline his long-term plan to reduce government debt by US$4 trillion set up the political battle about how the US will solve its fiscal problem. Obama framed the debate as being about what sort of society the US wants to be and called on “shared sacrifice” to solve the debt problem – the code word for tax increases as well as spending cuts.

Obama has a political battle to win but starts with three advantages. The first is that tax increases on the rich have wide support. The second is that the government’s health and social security welfare system are popular – so cuts to them can’t be too drastic. The third is that Obama has a presidential veto as a bargaining chip.

Obama and fellow Democrats confront vested interests and Republican opponents, most of whom have pledged not to raise taxes,6 and many of whom are the small-government Tea Party Republicans who entered congress after victories in November. These factors limit the ability of the Republican leadership to negotiate. No fewer than 59 House Republicans defied the party’s congressional leaders and voted against the budget deal in April for this fiscal year – it only passed because enough Democrats supported it.

Think about that. Republicans got more than they first demanded as a party and many of their lot still opposed it. So this will not be an easy political fight. But it’s one where necessity and political reality might give birth to a credible long-term debt-reduction plan that does its best to be economy friendly.

6 It is estimated that 95% of Republicans in congress have signed the Americans for Tax Reform’s Taxpayer Protection Pledge. The pledge is against tax increases or eliminating tax deductions unless the resulting increase in revenue is offset. 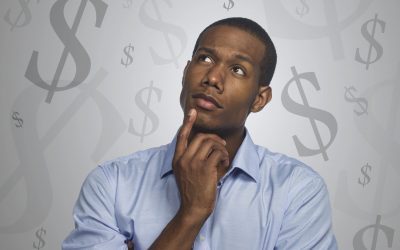 What is salary packaging?

What is salary packaging? Salary packaging is an ATO-approved employee benefit that allows you the ability to spend your pre-tax dollars. But it can also seem quite complicated in the beginning. Primarily you get paid in return for the work you do but before this...

END_OF_DOCUMENT_TOKEN_TO_BE_REPLACED

When advisers become magicians with Centrelink

Thinking about retirement? In your late 50’s or 60’s? Wondering if you can get some of that hard earned TAX money back via Centrelink and Aged Pension? BUT YOU have NO idea where to start.     Read on, as this article will help you get...

END_OF_DOCUMENT_TOKEN_TO_BE_REPLACED 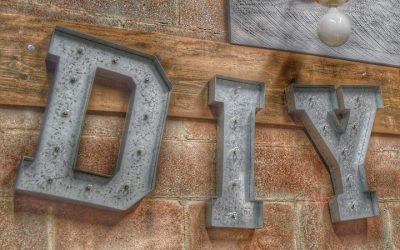 Why you should not DIY your personal insurance

Personal Insurance in the 21st century is a necessary evil. I should know – I work with people everyday who need to be insured, or who are claiming on their personal insurance, and if they didn’t see the need for insurance, they wouldn’t have it.. I’m not going to...

END_OF_DOCUMENT_TOKEN_TO_BE_REPLACED

Survival guide to dealing with a redundancy

Are you facing possible redundancy? The COVID 19 Pandemic has changed our world for ever. For most people change is difficult to cope with but especially a major financial change that’s outside of your control, like forced redundancies. As I write this paper (August...

END_OF_DOCUMENT_TOKEN_TO_BE_REPLACED 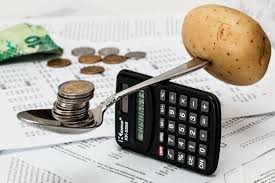 Managing Money for a Purposeful and Fulfilling life

“Most people in the world would express, in one way or another, the same sentiment when it comes to money. We all want to have a better and more fulfilling life than the generations that have gone before us. We want to take each opportunity presented to us to increase...